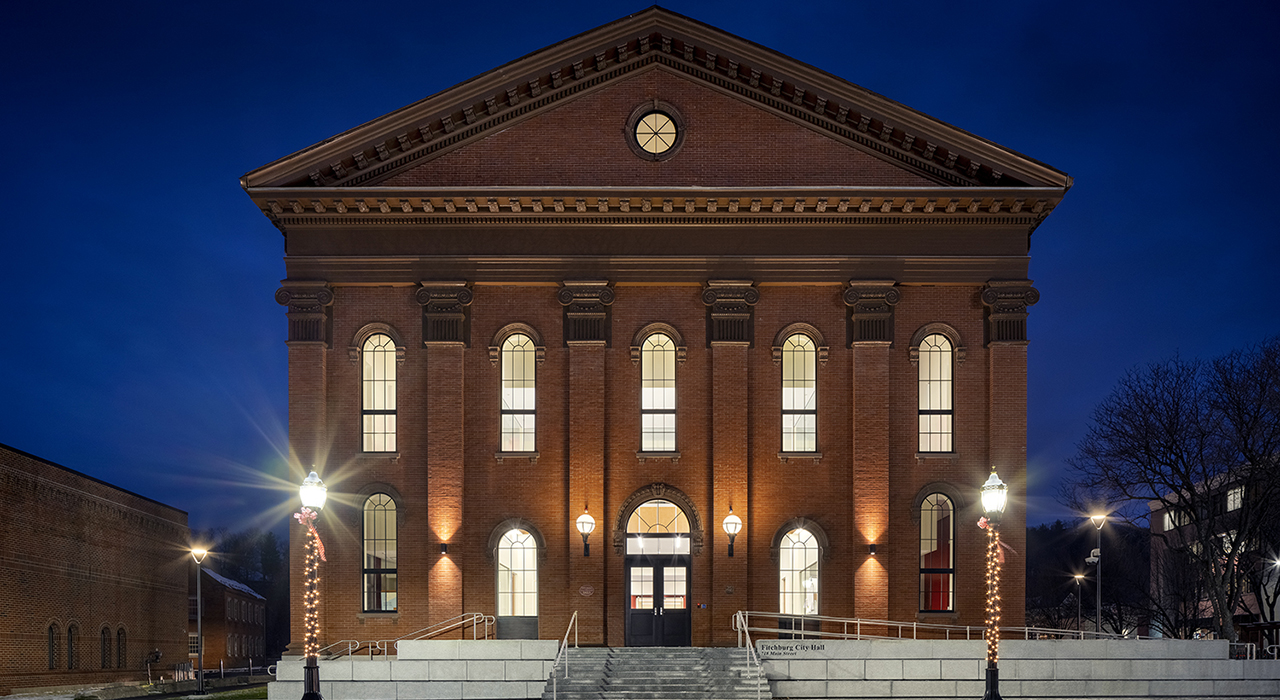 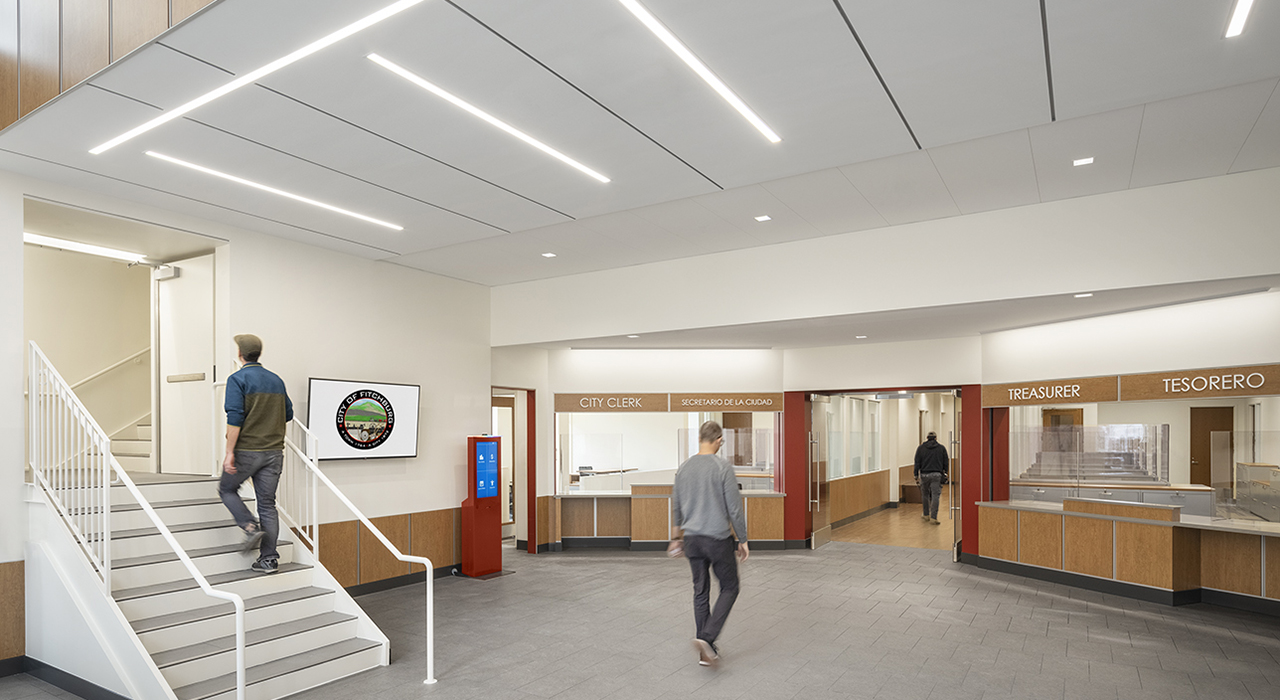 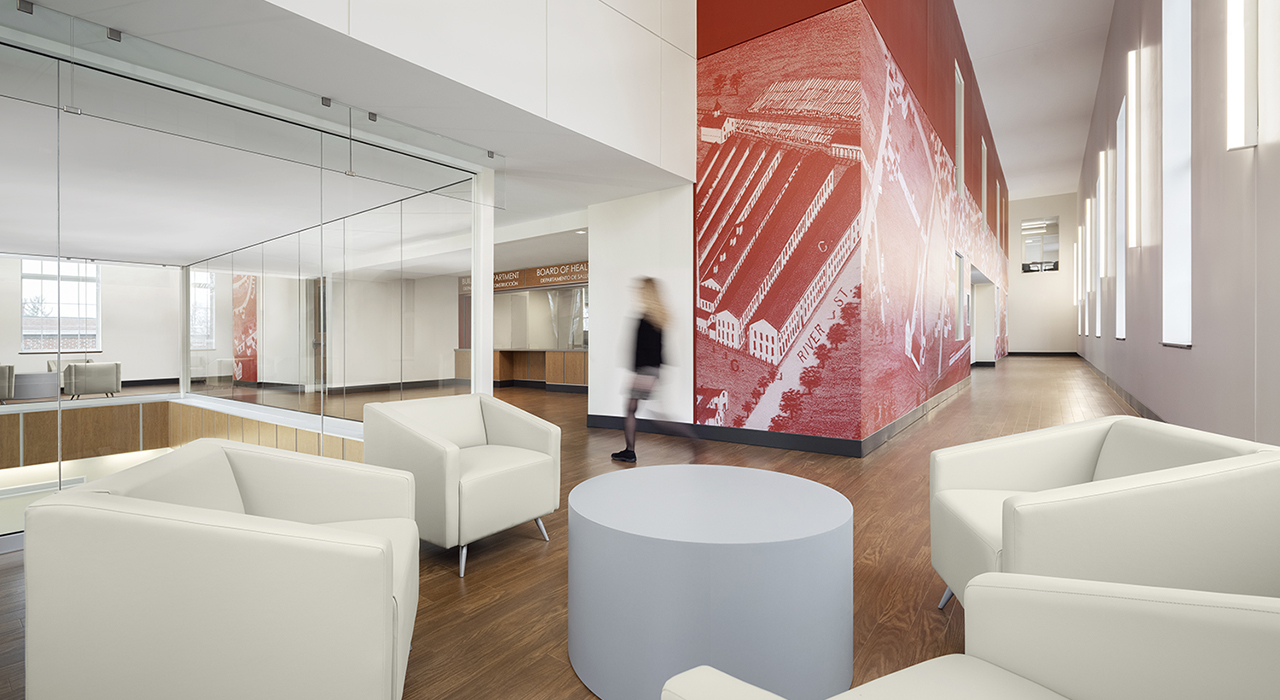 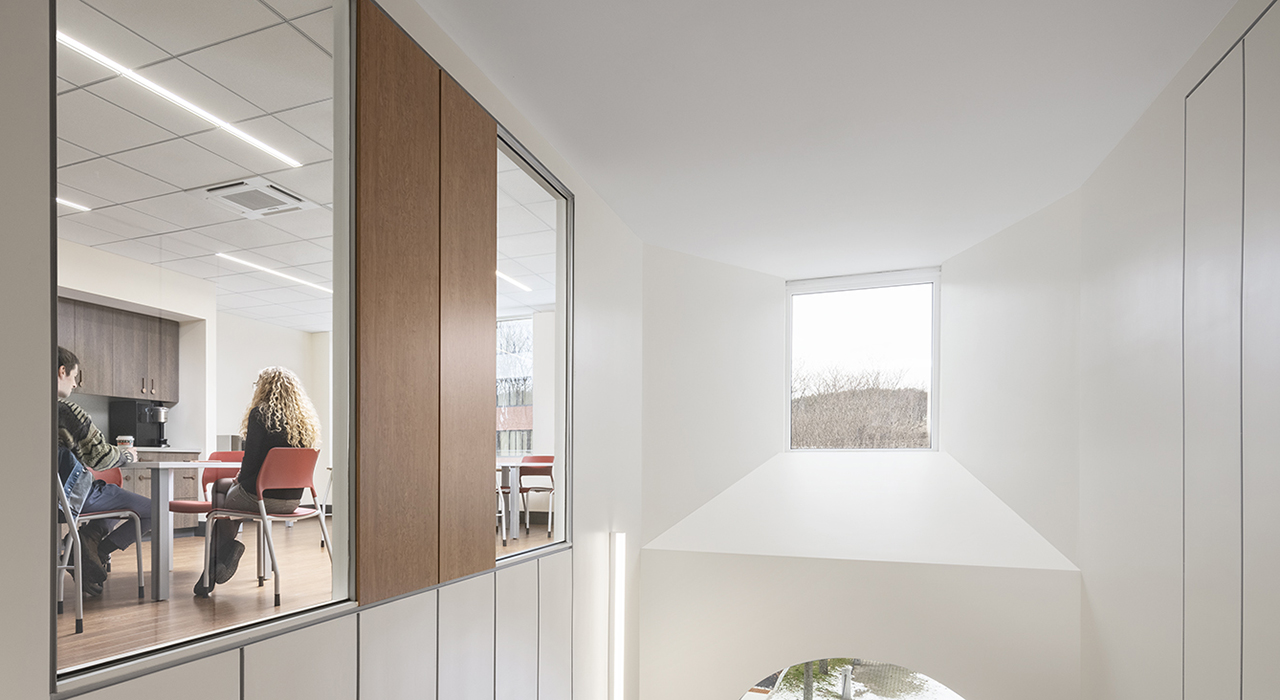 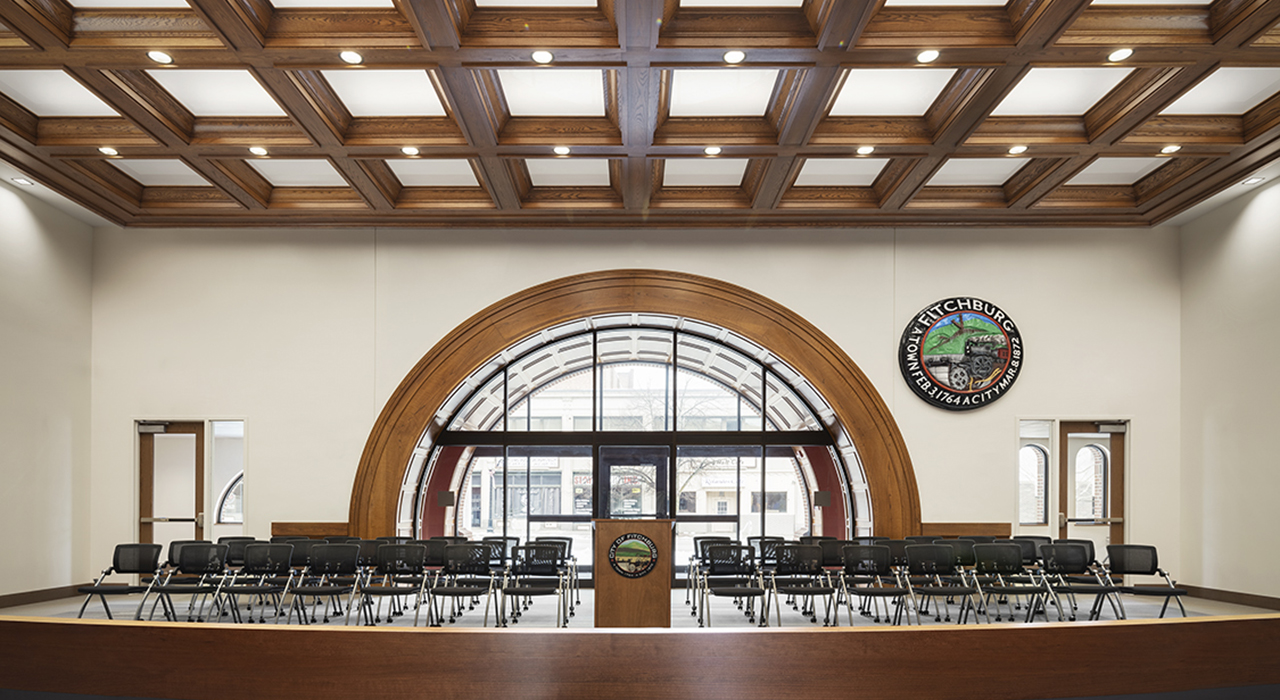 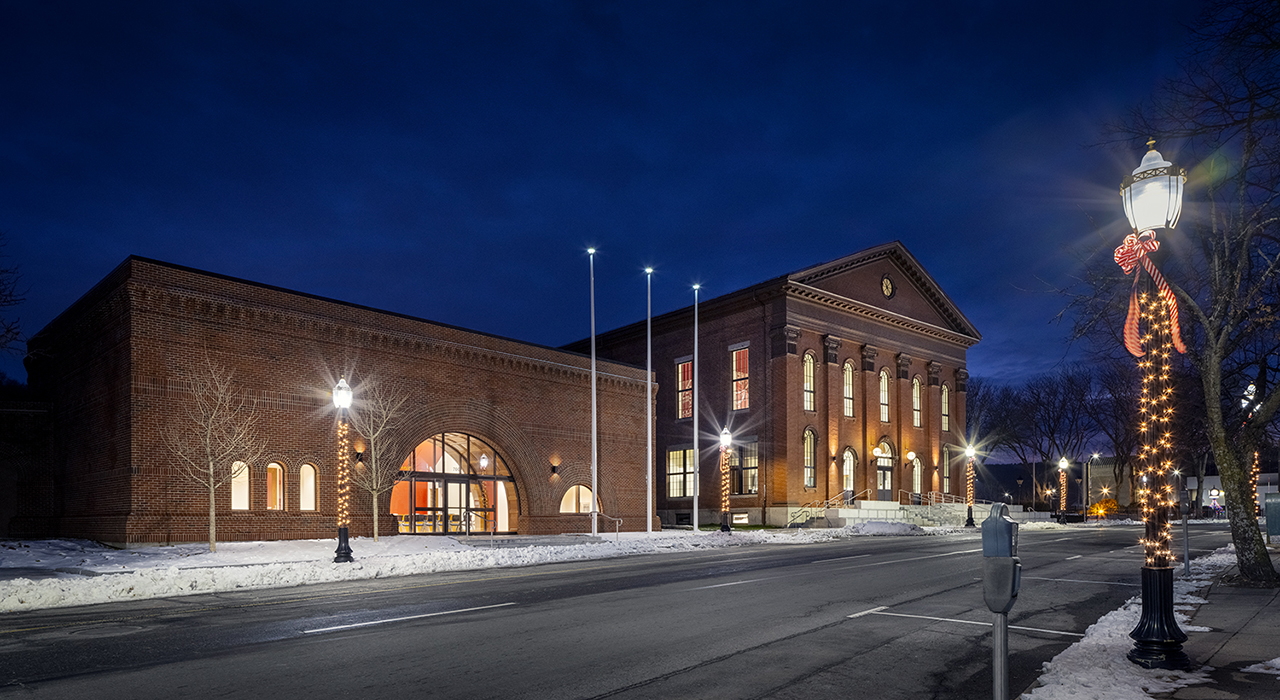 In 2012 after a 160 years’ continuous use, Fitchburg City Hall was deemed unsafe, the building closed and city services moved to rental property. Concerned about the 1852 building’s potential demolition, civic groups were spurred to action and during Mayor Stephen L. DiNatale’s first term as Mayor, a feasibility study found the building could be restored. The design allowed for 14 city departments, including the Mayor’s office, to all be located within one building with an adjacent Legislative Building housing the City Council Chambers in a former bank donated to the City by Bank of America. The project involved significant demolition and renovation of the historic building, with a crucial roof removal and replacement; exterior restoration of historic elements; replacement of all systems and utilities; a complete redesign of the interior layout by removing interior ﬂoors and re-aligning the original building and its addition into a single-ﬂow space on each of three ﬂoors; as well as a reconﬁgured basement to maximize storage. The Legislative Building received system upgrades, new roof, envelope repairs, and an interior layout that resulted in a modern, public-friendly, and accessible City Council Chamber and community space. Finally, the campus’ exterior was upgraded to include Americans with Disabilities Act (ADA) compliant walkways and green space which extended the neighboring Patriot Park. While technically not a historic renovation, Fitchburg City Hall’s restoration certainly is historic!

Project at a Glance